October 04, 2019
I'm a huge fan of the WLAN Pi, but who in the Wi-Fi community isn't? Whether you're using it as an iPerf throughput testing endpoint, performing wireless packet captures from it, using as a remote Wi-Fi scanning sensor, or capturing client device capabilities, the WLAN Pi is quickly becoming the community-driven Swiss Army Knife of Wi-Fi engineering.

The only real problem with the WLAN Pi is its formfactor. When you arrive on site, you need to pull the Pi itself out of your bag, connect a Wi-Fi adapter, power it via USB, then you can start using it. Now don't get me wrong, the modularity of the WLAN Pi is a really good thing, but it does make it feel less like a tool, and more like a kit. On the other end of the spectrum is the NetAlly LinkSprinter, which you can just toss in your bag when you're done using it. No disassembly required.

That's where the WLAN Pi Handheld Case comes in! Keith Parsons, who among many things, teaches Wi-Fi troubleshooting courses. A big part of the class is all about using the WLAN Pi as a troubleshooting tool, but he wanted to put the whole thing in a case so students could focus on using the Pi, rather than assembling it.

I need to give credit where it is due here: Robert Boardman, who is the 3D printing guy in the Wi-Fi community, designed a beautiful case for the WLAN Pi, which was hugely inspirational. I happened to have some availability for a project, so I decided to take a crack at a handheld case that would build in a Wi-Fi adapter and short USB-C cable, but expose the USB port and ethernet port on the bottom, all while allowing access to the MicroSD slot. Here are the results! 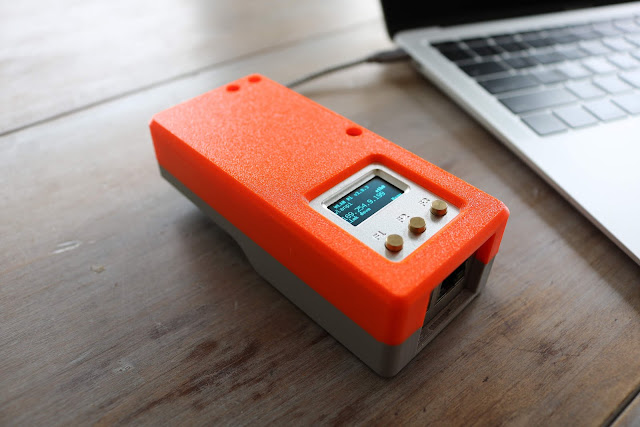 The WLAN Pi Handheld Case consists of two 3D printed parts, a front, and a back. While it does satisfyingly snap together (thanks to the aluminum case on the WLAN Pi itself), it uses three M3 screws and nuts to clamp things together (making it totally impervious to drops and tumbles). 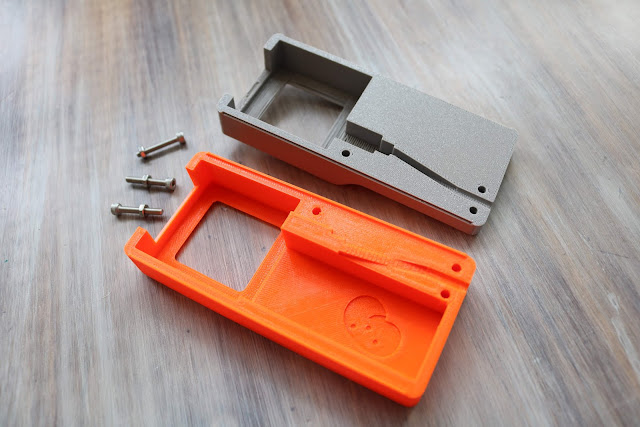 Inside, there's room for the WLAN Pi, the Comfast Wi-Fi adapter, and a MicroUSB to USB-C cable. The USB-C cable is firmly clamped inside the case, and everything is held super securely. 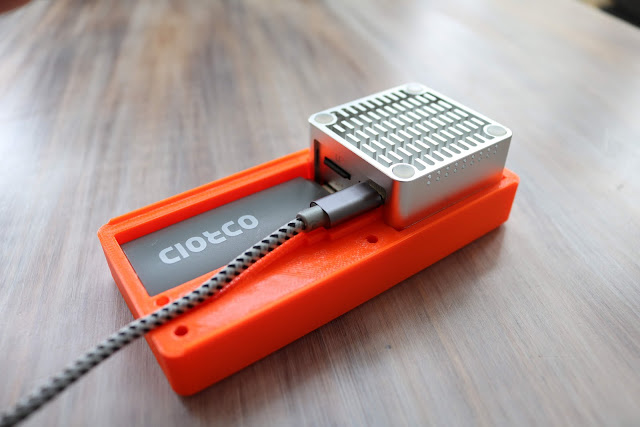 On the outside, there's a small place to lock the USB-C cable in place. Of course, the Ethernet and USB-A ports on the bottom are completely accessible, with plenty of room for a second Wi-Fi adapter such as the Panda. 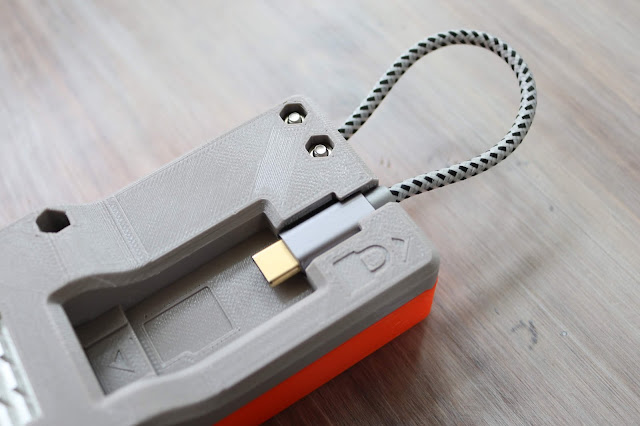 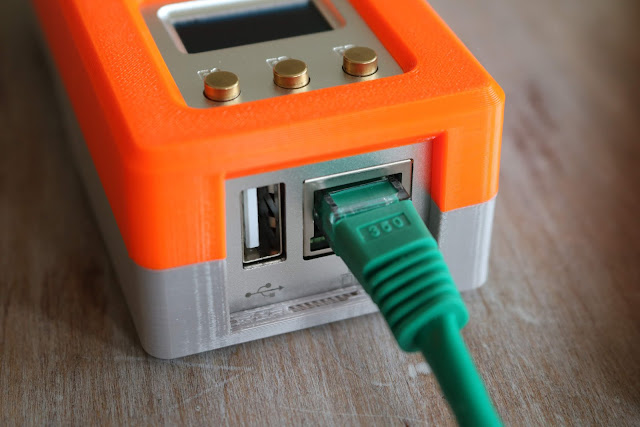 If your laptop or USB power source is USB-A, there's a recess where the USB-C connector is, so you can leave a USB-A adapter permanently installed. 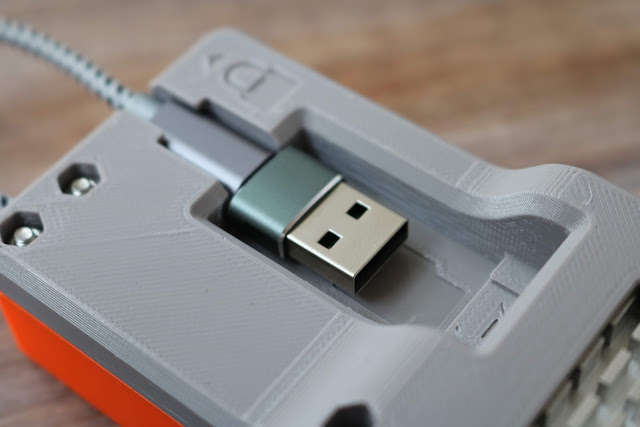 What if you need to remove the microSD card? The microSD card slot is completely accessible, with a small tray to help you line things up, and an indicator that shows the correct orientation of the SD card. Be careful, due to the design of the WLAN Pi it is possible to lose the SD card in the case, so set the card in the slot, and very gently push the card in. You'll feel it line up with the slot on the WLAN Pi as it seats. 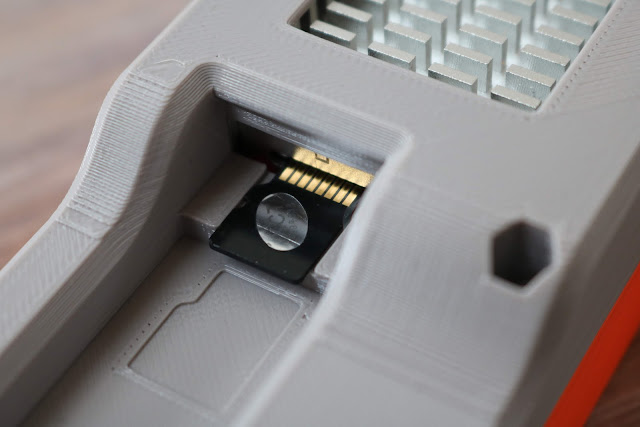 There's also a small notch next to the microSD card slot, so you can see the power LED. Typically, you only need to see it once to make sure the WLAN Pi is booting - in a few seconds, the OLED display comes on and you're good to go. 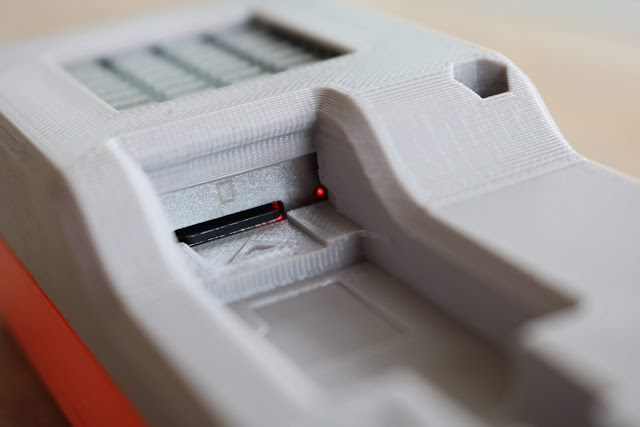 Keith and I also addressed the massive empty space on the front with a cheat-sheet sticker. I don't have a photo here, but it shows all of the information that you'd need to know at a glance, such as the default IP address, login information, and common port numbers. 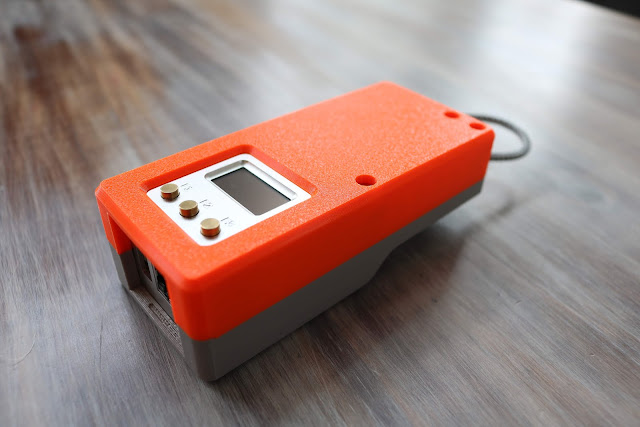 Ok, so where do you get one? First off, you can buy one from the Wireless LAN Pros Store as part of a complete WLAN Pi kit. In the near future, you'll be able to buy a case by itself for your existing WLAN Pi. Virtually all of these are printed on my two printers in my office, and it takes about 8 hours to print 3 complete cases, so it might take some time to build up enough stock. In fact, both of my printers have been running for 24 hours a day for two weeks, printing up enough cases to supply the Deep Dives at #WLPC_EU! 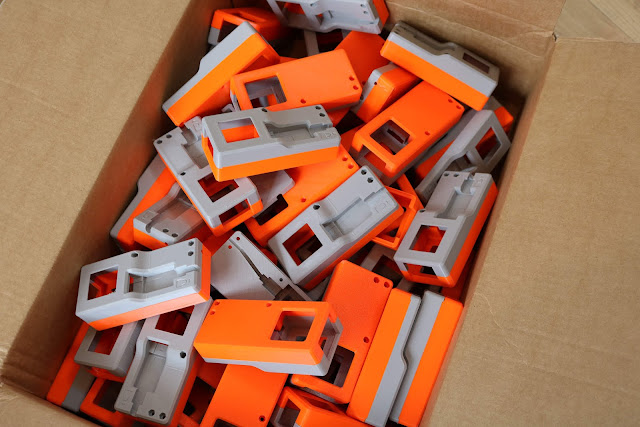 What if you have a 3D printer? In a few weeks, I plan to release STL's on prusaprinters.org, so you can print your very own case. If you happen to have an Original Prusa i3 MK3 or MK3s, I'll also provide pre-sliced gcodes, so you can print them exactly like I do. Keep an eye out for an upcoming blog post with links to models and parts.

P.S. Check out some of the prototypes! And this isn't going to be the only case - there are more designs on the way. Now if you'll excuse me, I need to go start another print! 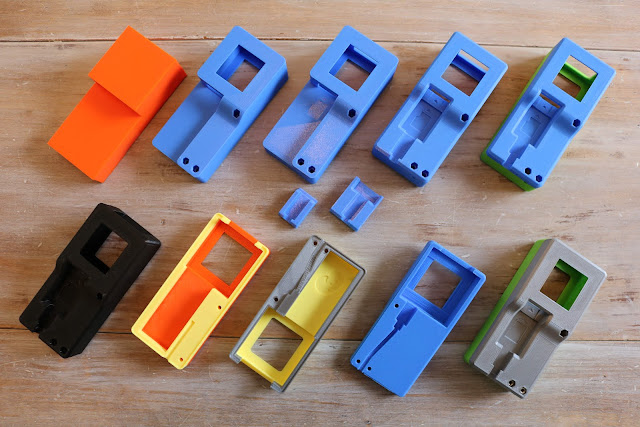