Questions About the Early Days of 802.11

May 24, 2017
In the grand scheme of things, I'm pretty new to wireless networking. My journey in Wi-Fi began in high school (~2006), when I decided to wirelessly network our dial-up connection in my parent's house. I distinctly remember making the decision to invest in relatively new 802.11g gear, instead of buying budget 802.11b hardware. A few eBay auctions later, I had a respectable pile of WLAN gear on desk to play with. Despite the awesome 9 dBi omnidirectional antenna, the room directly below my router had terrible signal strength, and I couldn't figure out why.

In college (~2009), the school had Wi-Fi across a parking lot, very far away from the dorms. I taped a draft 802.11n adapter in the window, networked it to a couple of wireless routers in my dorm room, ultimately providing Wi-Fi for everyone in the dorms. It was very useful for rounds of Halo 3 and StarCraft. More antenna trouble: my experimentations with soup cantennas failed miserably.

A few years later (~2012), I was thrilled at the unexpected opportunity to get a support job with a Wi-Fi tools company, where I could turn my hobby into a career. It was then that I realized how much I didn't know, and I've been drinking from a firehose ever since.

Comparatively speaking, my entrance to wireless networking was very late. In 1997 when 802.11 was ratified, I was very much aware of my dad's Windows 95 machine, but I had absolutely no concept of networking. In 1999, I was just trying to figure out what that "null modem" option was in some of the PC games I had, much less keeping an eye on the adoption of 802.11b and 802.11a (or lack thereof).

Today, I have many questions about the origins of 802.11. 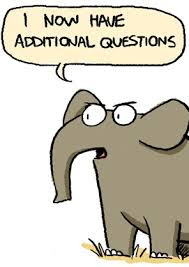 Was the 2.4 GHz channel layout designed to give flexibility to accommodate non-Wi-Fi devices sharing the spectrum? My theory is that 802.11 had to share frequency space with lots of existing narrowband devices. 802.11 channel 9 might help you avoid the thing on the lower end of the band, and the other thing towards to the top of the band. Is that true?

Did you have any trouble with interoperability? Did your new 802.11b gear work with "last year's" 802.11 equipment?

Maybe you are one of those "sages" who was around when this whole thing started. If you were, I'd love to hear about it. You can post a comment here, tweet me, email me, or just pull me aside at a conference. I'd love to hear you reminisce about the "good ol' days" of 802.11.